Starting January 2020, the State Road Administration initiated several procurement procedures for road rehabilitation works, which we referred to in a previous article. Uncertainties about the source of financing of the acquisitions have raised a number of questions. According to the award documentation, the rehabilitation and modernization of roads would be carried out from the „Infrastructure Development Program with the support of International Financial Institutions”. Such a program did not appear in the annexes to the Budget Law for 2020, while the reference to international financial institutions was rather vague. During the sessions for the examination of the complaints filed by an economic entity, the representative of the State Road Administration explained that the source of funding is the credit granted by the Russian Federation.

The award of the credit was delayed, and the procurement procedures within this project, amounting to a total of 2,437,740,000 lei, excluding VAT, initiated in a hurry, were postponed or canceled and initiated repeatedly. Thus, so far, only two procurement contracts have been awarded, amounting to a total of 107,834,812.74 lei, including VAT, as follows: 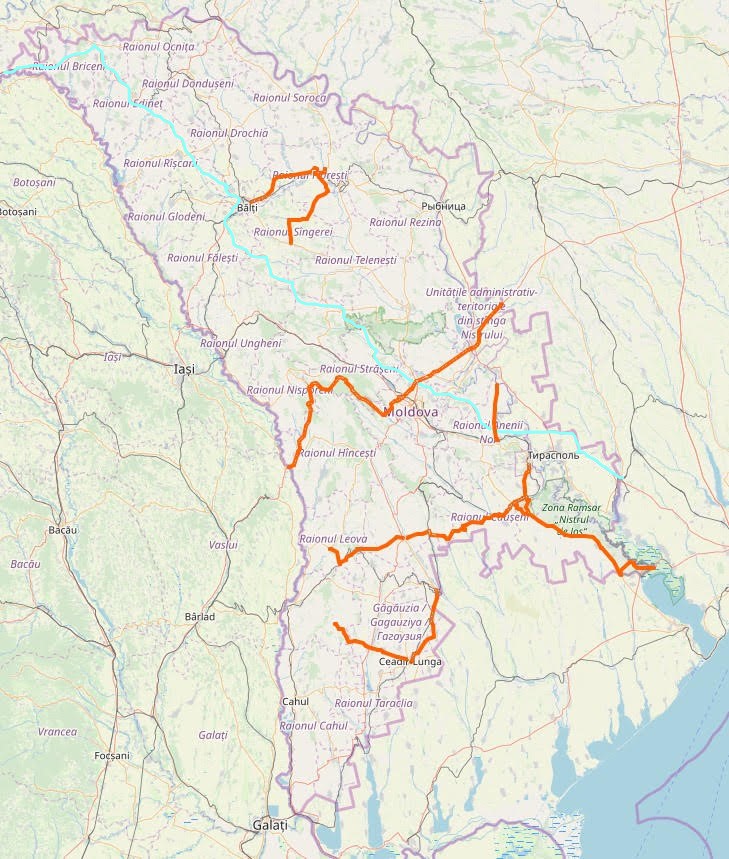 One of these procedures – the rehabilitation of road R31 R30-Tudora-Palanca-Border with Ukraine, km 0 + 000 – 11 + 000, was previously canceled twice. The first procurement procedure was canceled based on the request of the Ministry of Economy and Infrastructure no. 11-570 of 28.01.2020, after the opening of the working meetings of 14-15 February 2020, in order to clarify all the technical problems that arose along the way.

On 17.02.2020, the second procedure was initiated for the same road sector. This procedure was canceled based on the decision of the working group of 12.03.2020, with reference to provisions of article 71 paragraph (1) of Law 131/2015, in consideration of the fact that only one economic operator submitted a bid. We would like to point out that Law 131/2015 does not establish a minimum number of bidders for the procurement of works, but only provides that the contracting authority, on its own initiative, may cancel a procurement procedure, before sending the notice on the results of the procedure, if: “the number of tenderers / candidates who meet the qualification and selection requirements is less than the minimum number provided for each procedure, and the authority has not opted, according to the specific provisions, for the continuation of the award procedure”.

The procurement procedure for the rehabilitation works for road R30 Anenii Noi – Causeni – Stefan Voda – border with Ukraine, km 82.16-100.86, with the estimated value of 101,771,000 lei, excluding VAT, did not take place. The contracting authority did not specify the reasons for cancelation in the MTender system.

At a first glance, it looks like the procurement procedures might have been intentionally delayed. Moreover, the most valuable procurement procedure, according to the notice of intent on the official website of the contracting authority, of repair and extension works of road M5 Border with Ukraine-Criva-Balti-Chisinau-Tiraspol-border with Ukraine, km 0.00-133.0, with an estimated value of 2 050 000 000 lei, has not yet been launched (marked in blue on the map above).

[…] 3. The Moldovan side, in the interests of expanding trade and economic relations between the two countries, will make efforts, aimed at carrying out joint projects on the territory of the Republic of Moldova, through Russian companies. For these purposes, Russian companies will be provided access to participation in the procurement procedures for goods and services based on competition, conducted in the Republic of Moldova, in terms no less favorable than the terms applicable to Moldovan companies or to companies from other companies. […]

Given the circumstances listed, we can assume that the procurement procedures for road rehabilitation and modernization works have been postponed, on the one hand, due to the delay in approving the Russian credit agreement, and, on the other hand, to facilitate access for Russian companies, as “strongly recommended” by the credit agreement. Risks related to the “recommendation” to employ Russian companies in the implementation of contracts, raised by experts in an article published by zdg.md, is that the Republic of Moldova may have to purchase goods and services at unjustified prices, in which case the considerable interest that our State would pay might not matter that much.

At the same time, it should be mentioned that the selection of roads to be rehabilitated was dictated by party interests rather than by the public interest. Some of them are located around the area where President Igor Dodon had declared his intention to build international airports. Other procedures are related to the rehabilitation of access roads to the Transnistrian region, creating a corridor between the planned airport from Marculesti, Tiraspol, and to Odessa.